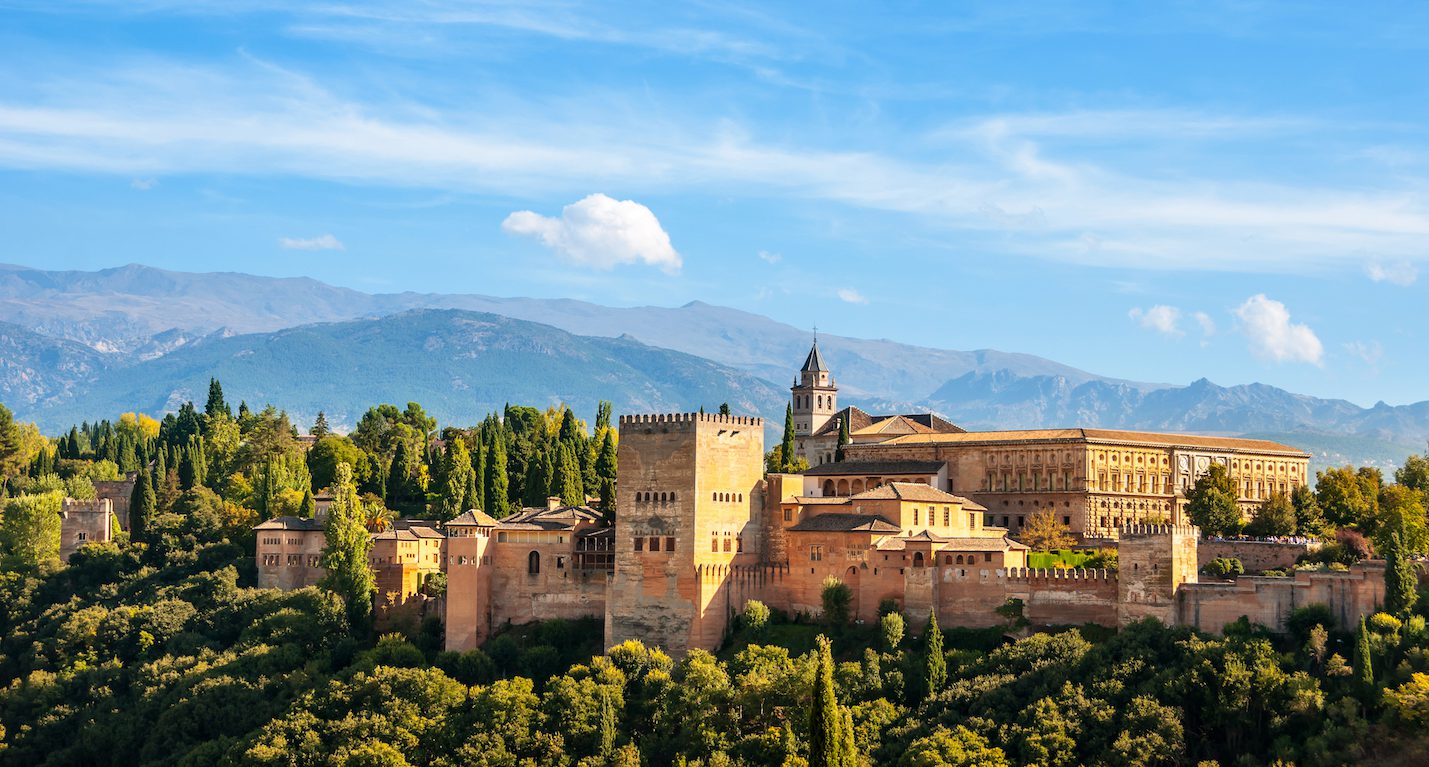 There’s so much to see in Andalusia. Over just a few hundred kilometres you can find yourself on top of a snowy mountain top, or cycling through the lush green countryside, or sunbathing on a golden beach. There are whitewashed towns to explore, and Moorish palaces and monuments, museums and shops to visit, as well as plenty of opportunity to experience the region’s outstanding cuisine and famous sherry.

With Simply Shuttle’s Andalusia sightseeing transfers, our experienced uniformed drivers are happy to take you to the heart of this amazing region, so you can discover its traditions, favourite dishes and local attractions. These are some of our favourite places to explore.

One of Spain’s oldest towns, Ronda is just over an hour’s drive from Marbella. With its museums and monuments, as well as birdwatching, hiking, canoeing or caving, there’s something here for the whole family. Before we pick you up after a day exploring, we recommend you sample a glass or two of the locally produced wine.

Mijas Pueblo is a traditional Spanish town, nestled in the hillside besides Fuengirola, with magnificent views of the coastline and just half an hour from Marbella. As well as boutiques and craft shops, there are also plenty of local attractions to explore including the Bullring, the Amphitheatre and the Hermitage of the ‘Virgin de la Pena’. If you’re a chocolate lover, you can’t leave Mijas Pueblo without visiting the local chocolate factory.

A cosmopolitan and bustling port city that’s steeped in history, Malaga is often referred to as the Capital of the Costa del Sol. From the magnificent Cathedral, the Picasso Museum, and La Alcazaba, Malaga’s most important landmark that looks down on the city, to the chic boutiques, designer shops and fabulous restaurants: there’s so much to do in Malaga. And we haven’t even mentioned the kilometres of sandy beaches.

Less than an hour’s drive from Marbella, is tiny Gibraltar, a quaint British outpost situated on the tip of Spain. It’s famous for its barbary macaques, the only wild monkeys in Europe; its 32-mile network of military tunnels; and its UK shops. Our advice is to stay late and enjoy the vibrant night scene, which includes cocktail bars, nightclubs, traditional pubs and the casino.

Just over an hour’s drive from Marbella, on Spain’s southernmost tip, is the little fishing town of Tarifa. The narrow cobbled streets are perfect for an afternoon stroll. There’s also 10km of white sandy beaches too which are perfect for windsurfing. Other activities include horse riding on the beach, kite surfing, wind surfing, rock climbing and even scuba diving.

Thought by many to be the oldest city in Europe, the port city of Cadiz is steeped in history. Less than a two hour drive from Marbella, Cadiz sits on a peninsula, virtually surrounded by water, and there’s plenty to see here. Check out the Cathedral with its golden dome. Or head to the La Caleta, a small beach situated between two old castles: Castillo de Santa Catalina and Castillo de San Sebastian. It’s known for being one of the most beautiful beaches in Cadiz.

12km inland and midway between the sea and mountains, Jerez is well known for its horses, flamenco and famous sherry wine. Take a trip to one of the city’s wine cellars to see how wine is made traditionally. Or visit the magnificent stallions of the famous Royal Andalusian School of Equestrian Art. For history lovers, the archaeological museum, Museo Arqueologico Municipal de Jerez de la Frontera, is worth a visit.

You need to spend a day in Seville to soak up all the atmosphere, history and culture this vibrant city has to offer. La Giralda, the Cathedral’s bell tower, is the city’s famous landmark. A climb to the top gives 360 degree views over Seville. For keen shoppers, there are numerous department stores and boutiques. But for something completely different, visit the old gypsy quarter of Triana, the home of tile-making, where you can watch the craftsmen at work in their studios.

Located at the foot of the Sierra Nevada mountain range, Granada is another Spanish city steeped in history. The famous Alhambra, an exquisitely designed series of palaces and gardens, is not to be missed. Also take a wander round the quaint old streets in the city’s historic quarter and discover stalls selling items of Arabic craftwork, ethnic clothing and memorabilia that reflect Granada’s Moorish history.

“The vehicles were always clean, modern and a child seat was provided when the children were traveling. We would definitely use Simply Shuttle again…Five star service.” Andrew T, TripAdvisor

Get a quote for a Simply Shuttles sightseeing transfer

Get in touch with the team now to get a quote and to book your Simply Shuttles sightseeing transfer.

Once you’ve made your sightseeing transfer booking, we’ll send you a detailed itinerary confirming all your transfers including pick-up locations, drop-off points, times and dates.

Motorway toll fees and taxes are included in our rates.

Traveling to or from Malaga or Gibraltar airport, then book the best!